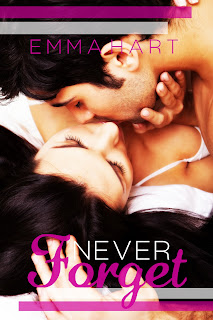 Never Forget
A city girl. A small town boy. A summer they'll never forget. Spending the summer at her Grammy's in Lilac Bay, Devon, is city girl Alexis 'Lexy' Edwards' idea of hell. That is, until she reconnects with her childhood friend, Jen, and meets Alec Johnson. Alec is the kind of guy Lexy knows she needs to stay away from. He's the village flirt, ridiculously hot and very dangerous to her self control. But there's a problem – she can't seem to keep him out, even though she knows he'll break her heart. As Alec slowly strips away Lexy's defences and the two embark on a summer romance she never wanted, their feelings grow to more than either expected. But nothing lasts forever, and reality intrudes. As her world is shaken to it's core, Lexy's self made prediction comes true when she discovers she's spent six weeks surrounded by secrets. Kept out by her family and the only guy she's ever trusted, she falls apart. And when Grammy tells her that 'you might not end up where you wanted to be, but you'll always end up where you're meant to be,' she has to figure out if her meant to be is back home in London, or if it's been in Devon the whole time.

1) What gave you the idea for your newest novel, Never Forget?
I was cooking dinner and had Don't Stop Believin' by Journey stuck in my head. *pauses to hum* I don't know why, but it was. From there the first three lines of the synopsis formed, followed by the story.

2) Never Forget is a New Adult novel. What made you decide to write NA?
My characters did. When I started writing Never Forget, there was no doubt in my mind it would be a Young Adult contemporary romance. They naturally evolved into something more and I went with it. I'm glad I did – after all, they know their story better than I do!

3) Do you think there's much difference between NA and YA?
Absolutely. There are a lot of differences, from the age, setting, behaviour, racier scenes and stronger language, to deeper and darker pasts. But for me, the outstanding factor is how the characters respond to love. In Young Adult, the characters dive in head first. There are no qualms about it, no worries about the future and no thoughts as to how it will affect the rest of their life. In New Adult, the characters are more hesitant. It makes sense. After all, they're out in the big bad world on their own for the first time and the only person that can make their decisions is them. I think they over-analyse things a little more. Things are more... Real to them. I think it's an accurate portrayal. If I met my partner now I'd be a little more hesitant than I was when we met at sixteen.

4) Who is your favorite character in Never Forget and why?
Jen. God, always Jen. She's an absolute ball of sunshine, isn't she? I laughed out loud for most of her lines and her sarcasm level breaks the meter.

5) I have to ask. Will there be a sequel to Never Forget?
A sequel as in an Alec and Lexy sequel? You never know what's going to happen.

7) Do you have any deleted scenes from Never Forget that you're keeping secret?
None at all. But there are two exclusive scenes in Alec's POV posted on CrazyBookChicks here and Danielle Sibarium's blog here. It's the only places you'll ever see them. (I hope.)

8) Coffee or tea or neither?
Neither. Tropical juice. That's an option, right? 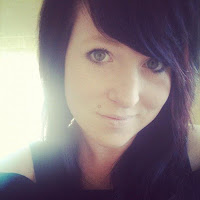 Author Bio: By day, Emma Hart dons a cape and calls herself Super Mum to a terrible two year old and cooking baby, due September 2013. By night, she drops the cape, pours a glass of wine – well, tropical juice now – and writes books. She likes to write about magic, kisses and whatever else she can fit into the story. Sarcastic, witty characters are a must. As are hot guys. She's working on the companion novel to her latest release and NA debut, Never Forget (Memories #1), and The Love Game (The Game, #1) will release on March 29th. She likes to be busy - unless busy involves doing the dishes. Ironically, that's where most of her ideas come from. Her debut YA series, The Mauve Legacy, is an Apple iBooks Bestseller - and this makes Emma excited.