Legend of the Dreamer

The Legend of the Dreamer series is a duet of books about a boy, a girl, and a dark curse that binds them both to a dangerous destiny. There is kissing and blood and secrets. There are twists on ancient Greek dream mythology and on the constellations above. The series is best read in the order of publication. The first book in the series, LIGHT OF THE MOON, was released on November 6, 2012. A e-format short story called THE WITCH'S CURSE was released on December 18, 2012. Another short story called THE WARRIOR'S CODE was released in e-format in early 2013. An anthology, SHADES OF THE STARS, which features all the Legend of the Dreamer short stories including an exclusive bonus story called THE ENCHANTER'S FIRE, exclusive playlists, essays, and discussion questions, was released Summer 2013. The final book in the duet, SHADOW OF THE SUN, will be out in 2014. 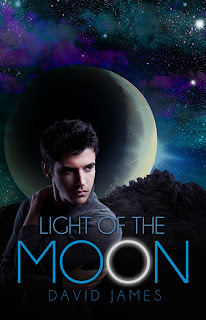 "One night long ago, a constellation disappeared and fell from the sky in the form of a boy. Secrets are being kept in the sleepy town of Lakewood Hollow, Colorado. Nothing but pools of blood and dripping words are left where bodies once were, and no one but Calum Wade seems to be worried. Life unfolds in shades of red for Calum, until a mysterious girl named Kate Black enrolls at his school and everything changes. Suddenly a dangerous world of dream demons, elemental enchanters, and blood witches unfurls before Calum. He learns that the stars have forever held his destiny, and that the constellations above are much more than what they seem. As Kate and Calum sink deep into a paranormal war, they realize that an ancient prophecy might hold the answers they seek. But life is not so easy for Calum, and he can feel his heart beat faster whenever Kate is close. Worse, Kate's blood holds a dark secret even more dangerous than the war between the demons and enchanters. Soon the two find that there are worse things than loving someone you shouldn't. For Calum and Kate, even love and the fiery power of stars may not be enough to break a curse as dark as the blood that binds their destiny." 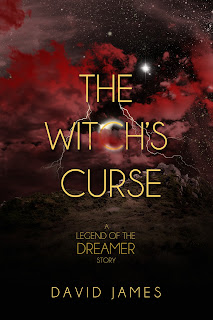 "Before Kate met Calum in LIGHT OF THE MOON, Magda met Samuel.

Magda cannot stop her heart from running rampant with the beating drum of love. Whenever her eyes find Samuel, she can feel the pull of strings so vividly alive against her heart. But for Magda, love goes against fate; her destiny as a witch forbids her to need anything but the dark binds of magic. Soon, the witch's curse begins to call to Magda. To deny her love for Samuel would be unthinkable, but to defy her destiny would be impossible. Before the curse can consume her, Magda must decide between Samuel and destiny, and her heart may beat too savagely for anyone to stop.

THE WITCH'S CURSE is an e-format prequel short story in the Legend of the Dreamer series." 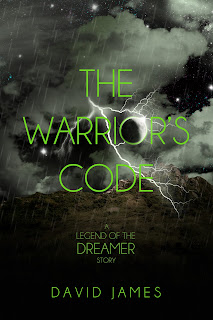 In the magical world of the Order, Warriors fight for justice, freedom, and peace. Becoming a Warrior is an honor given to few, and twelve-year-olds Zackery Solts and Kate Black will do anything to have a place among the elite.

Zack and Kate must complete against eighteen others and pass three deadly tests of courage and skill. Above all, they must be strong because while the dangers of the tests are unknown, one thing is perfectly clear: not everyone will survive.

THE WARRIOR'S CODE is an e-format prequel short story in the Legend of the Dreamer series." 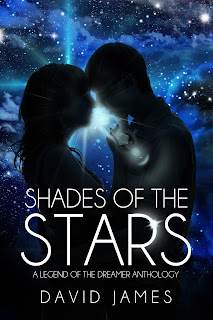 SHADES OF THE STARS is a Legend of the Dreamer paperback anthology. Including THE WARRIOR'S CODE, THE WITCH'S CURSE, and an exclusive story called THE ENCHANTER'S FIRE, this collection features playlists, essays on the Order, exclusive interviews, secrets, and a special look at SHADOW OF THE SUN. This edition also includes an exclusive teaser at author Helen Boswell's MYTHOLOGY: THE WICKED.

Available in paperback and Kindle formats. 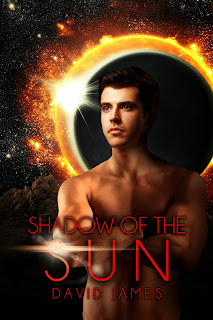 "Destined for love, Calum and Kate will do anything to be together. With Kate trapped by a curse in Ashfall, Calum must find a way to save her before she is lost to dark magic. Before she is lost to him and the truth of their love is gone forever. Even if it means sacrificing himself, Calum will choose to keep Kate safe. A Warrior for the Order, Zack prides himself on being stoic and strong. As a Warrior, he never cries and never hurts. He does not love. But underneath Zack’s Warrior heart, love beats true. And when he finds someone who will finally catch him, Zack finds himself choosing to fall even if true love kills him. Though the heart never lies, everyone has a little darkness in them, and soon shadows begin to rise against the light. As deadly magic consumes their world, love may not be enough to save them all. Because even though sometimes being brave just means falling in love, one choice can destroy everything. This time, no heart is safe."
Email ThisBlogThis!Share to TwitterShare to FacebookShare to Pinterest