The Witch's Curse Info/Order To Read

The Witch's Curse
(a Legend of the Dreamer short story)
IS OUT TODAY! 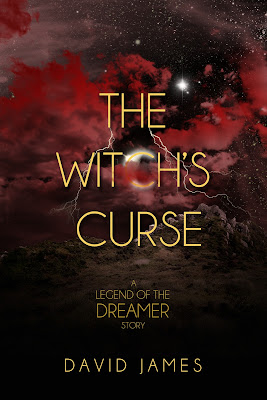 Official synopsis: "Before Kate met Calum in Light of the Moon, Magda met Samuel... Magda cannot stop her heart from running rampant with the beating drum of love. Whenever her eyes find Samuel, she can feel the pull of strings so vividly alive against her heart. But for Magda, love goes against fate; her destiny as a witch forbids her to need anything but the dark binds of magic. Soon, the witch's curse begins to call to Magda. To deny her love for Samuel would be unthinkable, but to defy her destiny would be impossible. Before the curse can consume her, Magda must decide between Samuel and destiny, and her heart may beat too savagely for anyone to stop."

The Witch's Curse is the first of three "origin" short stories that will be published in e-format as part of the Legend of the Dreamer series. These short stories will focus on secondary characters and bring a deeper meaning/message to the overall series. The Witch's Curse focuses on Magda, who had an incredible role in the first full length novel, Light of the Moon. The complete Legend of the Dreamer series (with tentative release dates) is as follows:

**You can read the prequel short stories before or after Light of the Moon because there are no spoilers, but I would strongly strongly suggest you read the series in the order it is published (Meaning, Light of the Moon first, and then read The Witch's Curse after). By reading in publication order you'll have a better understanding of the events in each book. And if you don't have an e-reader, don't worry! There will be a surprise coming around May 2013 that will solve all your problems. Promise!

Get your hands on THE WITCH'S CURSE and find out what happened to Magda to make her destiny so dangerous:

Posted by David James at 2:02 PM
Email ThisBlogThis!Share to TwitterShare to FacebookShare to Pinterest
Labels: Light Of The Moon, Novellas, The Witch's Curse