The Warrior's Code IS OUT!

The Warrior's Code
IS LIVE! 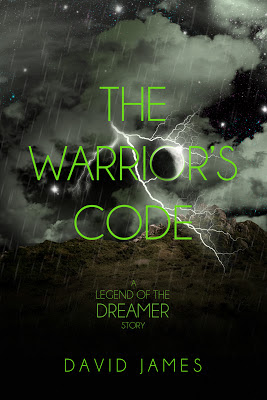 "Live by the Code. Die by the Code. In the magical world of the Order, Warriors fight for justice, freedom, and peace. Becoming a Warrior is an honor given to few, and twelve-year-olds Zackery Solts and Kate Black will do anything to have a place among the elite. Zack and Kate must compete against eighteen others and pass three deadly tests of courage and skill. Above all, they must be strong because while the dangers of the tests are unknown, one thing is clear: not everyone will survive."

The Warrior’s Code (Book 1.2) is an e-format prequel short story in the Legend of the Dreamer series that can be read before or after Light of the Moon (Book 1).

AND ALL E-BOOKS IN THE LEGEND OF THE DREAMER SERIES
ARE ONLY .99CENTS THIS WEEK!


Secret: The last page of The Warrior's Code gives a HUGE hint at a love interest for Zack appearing in Shadow of the Sun (the sequel to Light of the Moon). I won't say who or why, but look for hint. It's there, (hint: "star blinked above") I promise. And it's a BIG kind of love. Who do you think it is?
Posted by David James at 8:00 AM
Email ThisBlogThis!Share to TwitterShare to FacebookShare to Pinterest
Labels: Light Of The Moon, Novellas, Shades of the Stars, The Warrior's Code, The Witch's Curse