Yesterday, my friend and fellow author Matthew Aaron Browning wrote a blog post discussing how, for him, Writing is Like Building a House. He talks about how his writing process is a lot like seeing the end picture and knowing how a story will end, but not knowing the details that got him there.


"I begin by outlining the major plot points of the book (the blueprints) and then write toward them, moving my characters from scene to scene, sequence to sequence and chapter to chapter in pursuit of that next plot point. With Blades of Grass, I knew where I needed these two people to end up, so I wrote until they got there."

This is also how I write. Kind of. I write the end first, then the beginning, and I finish the middle last. It's easier for me to know where I'm going, figure out where I want to begin, and find the journey connecting both last. Like Matthew, I outline major plot points and understand a lot of the major details of the story, but it's not until I'm finished with a draft when I often realize how much details are missing. I did this for Light of the Moon and the stories within Shades of the Stars. 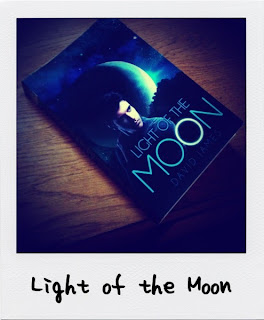 I'm working on this story. For now, let's just call it code name Bad Ass. Because it's crazy and different and romantic and weird and sensitive and strong. And you have to be a bad ass to be all those things at once. Right? Right. Anyway, Bad Ass is about a girl and a guy. It's about a different world with very different creatures and rules. I started Bad Ass like I do many of my stories, with the end finished before the middle happened. And, of course, I wrote a kissing scene first. Because I have to. That's just how I work. As it is now, I have the first draft of Bad Ass nearly completed, but as I am reading over chapters to send to early readers, I'm realizing how many things still need to get added. Creating a new world is difficult, and it's because of details that they can seem so real. I have to figure out the story behind these two characters kissing, this end scene that is as vivid as a photograph in my mind.


"It isn’t until I reach the end of a novel that I realize I tend to gloss over the details – the internal motivations and emotions that propel my characters through these scenes. While these things are in my head, I neglect to ensure they’re getting onto the page. I build a solid foundation, put up walls, throw in some windows, maybe even slap on a little paint and a shiny new roof... The house isn’t move-in ready because it hasn’t been decorated yet." 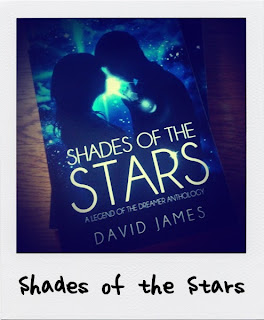 So, to me, writing is a lot like a photograph. Like a house that needs to be filled with a story. In Bad Ass, I have taken a picture and I know how it will end and what I want it to look like, but I have to create a detailed story to accompany the end photograph. Writing is like seeing a picture of a place you've never visited before and wondering what it would be like to go there. Writing is like holding a picture of a kissing couple and wondering what happened to get them there. Writing is like seeing a burned war photograph and living the final battle of that soldier, and then imagining their life before and after. The mind creates stories for pictures, for pieces of art without words, and that's what I must do for Bad Ass. I know exactly how it must end. I can see the photograph. I just need to words that make that photograph true.

How do you write?

Posted by David James at 11:17 AM
Email ThisBlogThis!Share to TwitterShare to FacebookShare to Pinterest
Labels: How I Write, Opinions