Today I have the honor of interviewing Ryan Hunter, author of the YA novel inDIVISIBLE, as part of her blog tour. After my interview with her, I'm so excited to read this book. Ryan really has a way with words. Check out the interview below!

1) What inspired you to write your first book?
One morning I woke with a story idea stuck in my head that I had to get out. I could find no other way to relieve the pressure than to start typing it out on the dinosaur of a computer I owned at the time. As I wrote, peace filled me, and I knew that it was a feeling I wanted to keep. Writing fulfills something deep inside of me that nothing else can fill. I believe I was meant to be a writer, that my soul yearns for it.

2) Do you have any specific pre-writing rituals?
I love music when I write, but never one type of music. I vary my listening habits according to the book I’m writing and often according to the scene and the feelings I’m trying to evoke in the reader during that scene. I also have a routine that could be called time-wasting, but it helps me focus. I turn on my music, which gradually lulls me into the mood of the piece, then check my email, Facebook and Pinterest … every morning I “pin” three gratitudes to a board and it puts me in a more optimistic and productive state.

3) Is there a message in your novels that you want readers to grasp?


When I started writing inDIVISIBLE, I was still recovering from a year long struggle with depression. I’d been on every med the doctors could imagine and all other forms of treatment. It wasn’t until I found someone who could really counsel me that I began to reach upwards again, and I put that into my writing. I created a character who was like me, in a sense, she was scared of reaching out, of facing the truth, but she moved forward, conquering her fear and doing what she knew was right. She emerged a better person, and that’s what I want people to feel. I want them to know that even though things may be hard and overwhelming, it’s worth it to push through and strive to reach your potential.

4) Who is your favorite character in inDIVISIBLE?
Definitely T. I like his loyalty, his strength, and his ability to run much faster and longer than I can. Most of all I like his heart. He’s a kind person who has set the needs of others above his own. He cares about people and about the future. 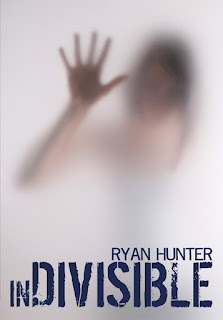 5) Are experiences of your characters based on someone you know, or events in your own life?
There are quite a few things in the book taken from personal experience. For example, the students in One United are discouraged from being their best, because the best get noticed by the Alliance and are nearly always used to further their agenda. This was inspired by an event several years ago when my child’s principal responded to one of my concerns with, “Children are not allowed to excel at E**** Elementary.” My daughter’s school uses tablets in the classroom and everything they do is monitored, like a simplified version of the PCA I describe in inDIVISIBLE. As far as the Citizens of One United being disarmed, we see the government attempting that very course right now.

6) What books/characters have influenced your life most?
This is tough because there are so many, but I’m going to rule out Berkeley Breathed and Calvin & Hobbs to make it a little easier. Seriously, growing up, I read a book entitled “Mrs. Mike” and it was the first time I’d read a book that truly made me feel the emotions of the main character. I read it over and over because I was amazed at how engulfed I became in the novel. It also helped me realize that love is real, pain is real, and loss is unavoidable. But we have an opportunity to make up our own minds how we’ll handle it all.

7) If you had to choose, which writer would you consider a mentor?
David Farland has done more for me than any other writer. When I finally gained enough courage to admit I wanted to be a writer, about fifteen years ago, I asked Dave for advice. Nerves on edge, voice shaking, I was prepared to hear that I wasn’t good enough, that I was starting too late, or that I was crazy. Instead, he actually encouraged me to pursue it. He’s helped me ever since.

8) Are there any new authors that have grasped your interest?
I’ve actually gotten to know a lot of new writers on a personal basis, having read few of their novels (because of time restraints), but getting to know them as people. I love their enthusiasm and excitement as they move forward with writing and publishing.

9) Can you tell us any information about any future books you’re working on?
I’m working on the sequel to inDIVISIBLE now. There are some really exciting developments, new characters and more … but I can’t get into it too much yet.

10) Do you have any advice for other writers?
Never stop writing. That’s the advice I was given and it’s exactly what I needed. I actually wrote and published two novels under my given name, Robyn Heirtzler, and considered quitting a few times because of other stresses, but I’m grateful I didn’t. I feel inDIVISIBLE is my most powerful book to date and I’m excited to see where I can go from here. So, keep going. Keep writing and you will only see your work improve. 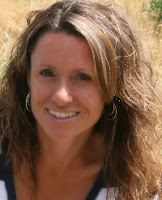 Ryan Hunter is the author of inDIVISIBLE, a dystopian that’s being hailed as a modern-day 1984; and Premeditated, a YA suspense. She’s a wife and mother of five. She’s an avid runner, blogger and baker.