Check it out! You could win an e-copy of Light of the Moon, the first book in the Legend of the Dreamer duet, AND an e-copy of Shades of the Stars, the epic anthology in the Legend of the Dreamer duet which includes THREE short stories and exclusive extras with a look at the upcoming sequel. I'll pick TWO winners! E-copies are available in both Kindle and Nook versions. Enter below! 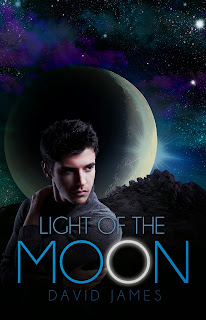 A lyrical and romantic story of true love and dark curses, Light of the Moon is an enchanting read for fans of Laini Taylor's Daughter of Smoke & Bone and Kami Garcia's and Margaret Stohl's Beautiful Creatures. One night long ago, a constellation disappeared and fell from the sky in the form of a boy... Secrets are being kept in the sleepy town of Lakewood Hollow, Colorado. Life unfolds in shades of red for Calum, until a mysterious girl named Kate Black enrolls at his school and everything changes. Suddenly a dangerous world of demons, enchanters, and witches unfurls before Calum. He learns that the stars have forever held his destiny, and that the constellations above are much more than what they seem. But life is not so easy for Calum, and he can feel his heart beat faster whenever Kate is close. Worse, Kate's blood holds a dark secret even more dangerous than the war between the demons and enchanters. Soon the two find that there are worse things than loving someone you shouldn't. For Calum and Kate, even love and the fiery power of stars may not be enough to break a curse as dark as the blood that binds their destiny. Sometimes being brave just means falling in love. 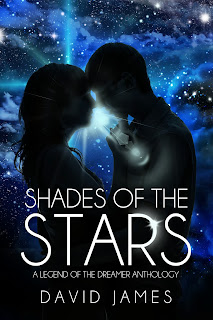 Shades of the Stars is a perfect read for fans of the Defy the Dark anthology and Lauren Oliver's Delirium Stories collection. This Legend of the Dreamer anthology features playlists, essays on the magical world of the Order, deleted scenes from Light of the Moon (Book 1), an author interview, and a special look at the sequel, Shadow of the Sun (Book 2). The pulse-pounding short stories The Witch's Curse, The Warrior's Code, and an exclusive story called The Enchanter's Fire are included for the first time together in this edition. In The Witch's Curse, Magda cannot stop her heart from running rampant with the beating drum of love. Whenever her eyes find Samuel, she can feel the pull of strings so vividly alive against her heart. But for Magda, love goes against fate; her destiny as a witch forbids her to need anything but the dark binds of magic. Soon, the witch's curse begins to call to Magda. To deny her love for Samuel would be unthinkable, but to defy her destiny would be impossible. Before the curse can consume her, Magda must decide between Samuel and destiny, and her heart may beat too savagely for anyone to stop. In The Warrior's Code, Warriors fight for justice, freedom, and peace. Becoming a Warrior is an honor given to few, and twelve-year-olds Zackery Solts and Kate Black will do anything to have a place among the elite. Zack and Kate must compete against eighteen others and pass three deadly tests of courage and skill. Above all, they must be strong because while the dangers of the tests are unknown, one thing is clear: not everyone will survive. In The Enchanter's Fire, Lily Woods is a girl on fire. Literally. Her element burns as fierce as her heart, and very few enchanters want to get close to a girl with such radiant power. None except for Shane Spencer, a boy as calm and cool as his icy element. But fire and ice don't mix, and the element Lily burns inside her is growing stronger. Unstoppable. Soon, Lily's fire may be the end of them all. Taking place during the final, pulse-pounding moments of Light of the Moon, The Enchanter's Fire burns with action and romance.
Posted by David James at 9:44 AM
Email ThisBlogThis!Share to TwitterShare to FacebookShare to Pinterest
Labels: GIVEAWAY, Light Of The Moon, Shades of the Stars