Cover/Novella News for Author Heather Self

The awesome Heather Self, author of the One, will soon be releasing A Kin Series novella called the Dark. And I had the chance to interview her! Check this out and its awesome glory: 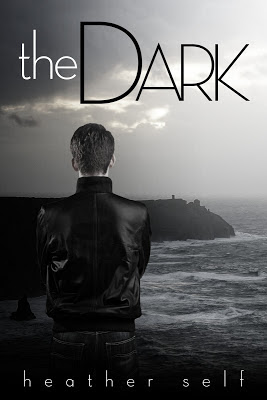 the Dark (A Kin Series novella)
Official Synopsis: "Mary Anne Moore doesn't know what she is. She can't explain why she has lived so long. Or why she never gets sick. Or why the dreams she has come true. She has hidden herself as a lowly servant to the households of Dublin's English elite for decades, until the night that changes her life. Now her sole purpose is the child she never expected to have. She will do anything in her power to keep the black-eyed monsters from discovering him and turning him into one of them. For Kieran Moore the dark is an ever-present parasite, waiting to devour his humanity. His mother's love and the girl in his dreams has kept it at bay for years, but the more time that passes - the longer he has to wait for her - the more it grows. When tragedy strikes, it is all he can do to keep from being consumed by the darkness that infects him. He must continue to hold on to the hope of peace her presence will bring him, because it's not just his fate on the line, but that of the entire world."
**NOTE** This novella takes place both before, and concurrently with events that happen in the One. It is highly recommended it be read first.

DAVID: Your new novella, the Dark, is a companion to your debut novel, the One. What was your inspiration behind writing both?
HEATHER: Ok. I guess this is confession time. I used to be a pretty big gamer and my favorite NPCs (that's gamer speak for non-player characters) were the dragons. So that's kind of where the current dragon fascination started. As far as the Dark goes, twitter started me on that path. I was having a conversation with a couple blogger friends about who they are shipping and I was advocating for how awesome Kieran is since I knew/know his whole story, and their general response was "But we don't know him very well." This, the novella was conceived.

DAVID: Did you have any songs you listened to on repeat while writing the Dark?
HEATHER: Heehee. Well I have several different writing playlists on spotify. #amwriting has a VERY eclectic variety of songs that I'll put on to leisurely write to. If I need to bang out some major word count I have a list called... wanna guess? Yup. Wordcount. Lots of driving drumbeats in that list. There are two songs that, for me, really speak to Kieran's and Evy's relationship, especially the chorus in each. I'm Not Alright by Sanctus Real and Breathe Into Me by Red. So perfect for them.

DAVID: What things can we expect from the Portal Trilogy after the Dark and the One?
HEATHER: Well, the second book in the Portal Trilogy, the Key, will be out Spring 2013. It has to have a major face lift first, though. Stupid other characters thinking they need to be part of the story! HMPH!

DAVID: Should readers read the Dark before or after the One?
HEATHER: the Dark might be spoilerish if you like to be surprised so I'd recommend reading it after the One.


Check out the first book in the Portal Trilogy - the One.

Posted by David James at 8:00 AM
Email ThisBlogThis!Share to TwitterShare to FacebookShare to Pinterest
Labels: Interviews, Newsworthy, Novellas